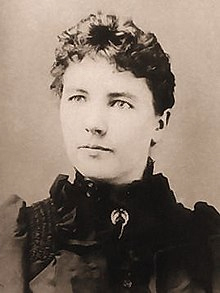 Laura Ingalls Wilder ((February 7, 1867 – February 10, 1957) was a writer known for the Little House on the Prairie series of children’s books based on her childhood, part of which took place in Walnut Grove, Minnesota. When Laura was around seven years old, the Ingalls family moved to an area near Walnut Grove, settling in a dugout on the banks of Plum Creek just 1.5 miles north of Walnut Grove. Her father, Charles Ingalls, served as the town butcher and justice of the peace in Walnut Grove. He accepted a railroad job in the spring of 1879, which took him to eastern Dakota Territory, where the family joined him that fall. The dugout site is still accessible for Laura’s fans. Visitors can still identify the plum thickets, table lands, big rock, spring, and other sites that Laura describes in On the Banks of Plum Creek. The deep depression in the ground is all that remains of Laura’s dugout home. None of the buildings that Pa built remain, nor is their exact location known. About 25 acres of native grasses have been planted surrounding the dugout site since 1999 to enhance the visitor’s experience.

What states did the Ingalls travel through to get to Plum Creek?

What did Pa trade for the land and the house?

What kind of house was on Plum Creek?